Bring Kyoto’s temple halls to you

Focus your breathing, steady your thoughts, and find insight in stillness.

Zazen, a form of seated meditation, is a central practice in Zen Buddhism. For over 1000 years, monks have found enlightenment simply by sitting still. In more recent times, artists, business leaders, and many others have discovered the benefits of this ancient exercise.In Zazen, they have found improved concentration, inspiration, and productivity. And of course, the chance to achieve eternal enlightenment is reason enough for some. For these reasons, meditation and mindfulness techniques feature in the training and culture of many successful companies, including Apple, Microsoft, and Google. Experience Zazen for yourself in this online experience, conducted live from Kyoto.

Your teacher is Reverend Daiko Matsuyama: Vice Chief Resident at Taizoin Temple, Kyoto, professor at Stanford University, and world-renowned Zen practitioner. With him, you’ll learn how to control your breathing, adjust your posture, and adapt your mind, wherever you are. 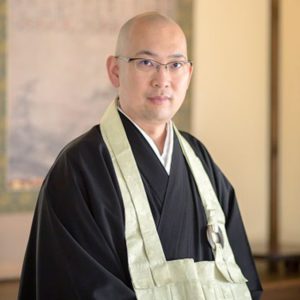 Reverend Daiko Matsuyama Born in 1978 in Kyoto, Rev. Matsuyama obtained his Master’s degree in Agriculture and Life Sciences from the University of Tokyo. After three and half years of training at Heirin-ji Temple, Niiza, he became the deputy priest of Taizoin Temple in 2007. Rev. Matsuyama has organized numerous intercultural activities such as Zen experience tours for foreign visitors and talks at embassies in Japan and at the Foreign Correspondents’ Club. In May 2009, he was elected as a Japan Tourism Agency Ambassador for its “Visit Japan” campaign. He has been a Kyoto Ambassadors for Tourism since 2011, and was listed as one of “The Top 100 People of the New Generation 2016” in Nikkei Business. In 2016, he was appointed as a fellow of the US-Japan Leadership Program, and in 2018, he was invited to Israel as the delegate of the Young Leaders Program. He is a visiting lecturer at Stanford University, and has given talks at MIT, Washington State University, Yahoo, and TED. He received The Award of the Commissioner for Cultural Affairs and the Shigemitsu Award from The Japan Society of Boston in 2019. As a young representative of Japanese Zen, Rev. Matsuyama has interacted with many religious leaders, including the Pope and the 14th Dalai Lama. He has participated in the Davos World Economic Forum and the G8 Summit, and continues to work actively beyond national and religious borders. He is the author of three books, Forget What’s Important First: 30 Zen Teachings for the Wavering Soul (Sekai Bunka Publishing, 2014), Strolling around Zen Gardens in Kyoto (PHP Publishing, 2016), and Introducing Zen for Workers (Kodansha Publishing, 2016). 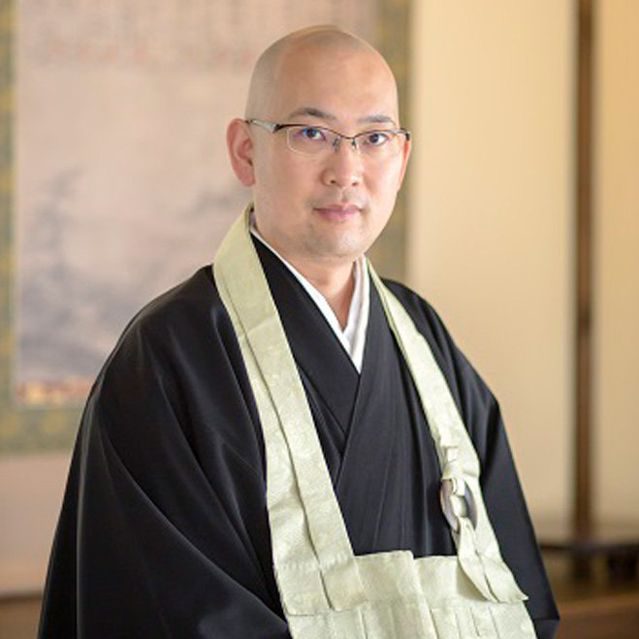